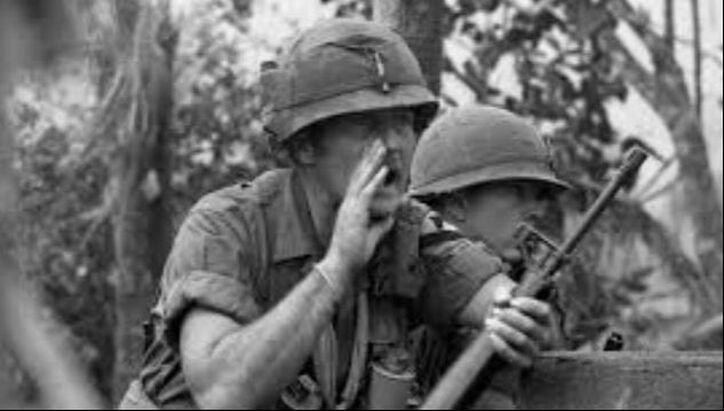 The following terms and expressions are divided into two categories; the first category (march/patrol) are common terms soldiers must understand and NCO/COs must know to issue. The second category (combat) are terms soldiers should understand, and NCO/COs must be able to issue them. They are borrowed from the US army, but with some simplification for ease of learning.

Orders for march/patrol (Will be practiced before the LARP starts):
File!
-used when a squad/fire team file up in a line.
Column!
-used as the squad moves into star formation(a Fire Team advance in a wedge, securing the area ahead, while the second Fire Team moves behind in a V formation, securing right, left and behind) Used if hostile presence is suspected.
Move out!
-used to initiate a march, after a break.
​At ease/rest.​
-Used when the squad can relax, while maintaining a guard.
Head count!
-Used when counting the team, perhaps before a march, or after a battle, or if the squad has passed through difficult or treacherous terrain. Head count starts from the rear or either side.
Take point!:
-Order issued to designate a person to move in the front. May be issued by the team leader on self, saying "I'll take point!", or in a squad/fire team: "Private Letters; you'll take point!"
Halt!
-Means stop. While on patrol all take a knee, and keep watch; each in ones own sector.
Freeze!
-Means that you must be completely still, not moving a muscle. For instance if someone has stepped on a mine.
Get down!
-Take cover immediately! All the way down with the stomach on the ground.
Forward!
-Resume advance.
Rally point!
-A spot where the unit will regroup if they get separated. Example: "Rally point that silly tree" (said while passing the silly tree and pointing towards it.)
Push out!
-Used to increase the distance between the soldiers. Normal distance is 3-5 meters.
Bring it in!
-Used to reduce the distance between the soldiers.
Contact!
-Used when the unit receives incoming hostile fire, or you have spotted the enemy. Can and should be combined with the location relative to your unit; ''Contact- right/front/left/rear!''

Orders for combat (This will be practiced before the LARP):
Line!
-used to form up in a line, for instance when the unit is engaging combat with the enemy, preparing an ambush, or when entering a dangerous area where hostile presence is expected.
Bounding overwatch!
-Used if one believes someone are targeting the unit, or after engaging the enemy. A fire team lays down, securing a forward arc, while the other fire team advances as a Column or a Line.
Overwatch!
-Order issued to a Fire team that is going to secure the area; for instance"You overwatch from here towards that hill!"
Bound!
-Order issued to a Fire team that is going to advance; for instance"You bound around the right flank to the treeline over there!"
Double time!
-Used when advancing in a jogging/running pace. Usually used to move a squad into position quickly, in a flanking maneuver, or to storm a position. Generally keep the pace of the CO/NCO, if they run you run, if they walk you walk.
Open fire!
-Order issued to commence fire.
Cease fire!
-Order issued to stop firing.
Prepare grenade!
-used to order someone to prepare a grenade.
Throw grenade!
-Used to order someone to throw a grenade.
Roger!
-means ''understood'
Rally!/ Rally on me!
-Used when the squad is to gather in a spot to plot something, or to orient or head count.

Some abbreviations and terms:
CCP:
Casualty Collection Point
CP:
Command Post
CO:
Commanding officer (Lieutenant, Captain and Major)
NCO:
​Corporals and Sergeants
The Buddy:
Your mate; a soldier that you have responsibility towards, and who has your back in return.
​Perimeter Defence:
The defence plan of the camp.